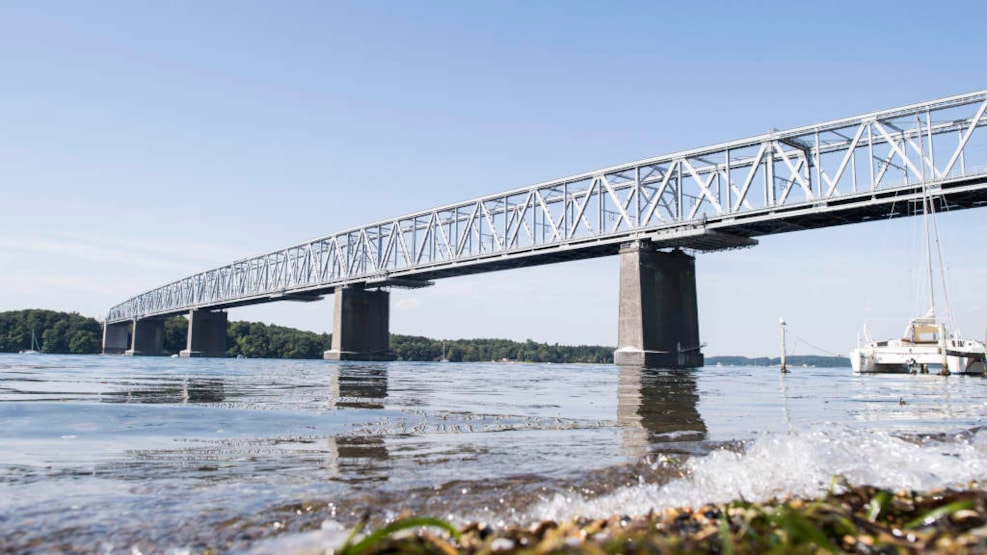 The Old Bridge over the Little Belt

The Old Bridge over the Little Belt is a multi-faceted bridge. You can cross the bridge by car, train, bike and on foot. The bridge is almost 1.2 km long and is surrounded by beautiful nature.

There is the possibility for a nice bike ride or a walk through the Snoghøjgaardpark on the Fredericia side, then across the Old Bridge where you have a fantastic view over the Little Belt and the beautiful forest, Hindsgavl Park, on the Middelfart side.

If you want an extra experience, you can walk on top of the bridge - the so-called “bridgewalking”, for which you should book a ticket at www.bridgewalking.dk.

If you want to stay near the Old Little Belt Bridge, you can choose between Hotel Medio and Trinity Hotel & Conference Center.

The Old Little Belt Bridge, formerly called Little Belt Bridge was built in 1925-1935 and was the first permanent link between Jutland and Funen. The construction itself was an important engineering achievement in the interwar period, and with the simultaneous introduction of a new state railway, the transport time between Jutland and the capital was considerably reduced.

However, as early as the 1950s, the development of automobile construction made a new connection across the Little Belt (Lillebælt) necessary, and in 1970 the New Little Belt Bridge was completed.