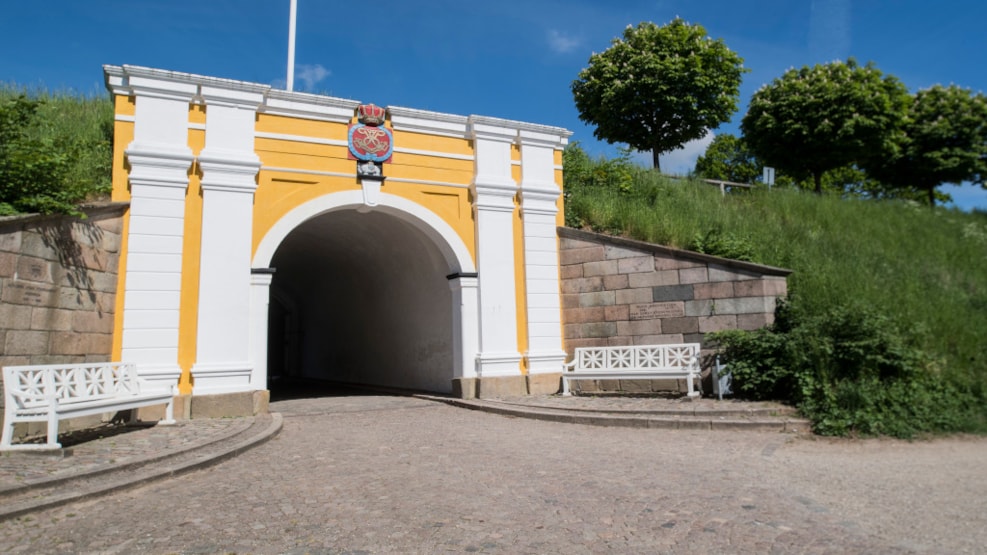 The Gates of Fredericia

If you are interested in historical architecture the gates of the Ramparts of Fredericia are worth a visit. They were built in 1753 and the 1920's. The gates are quite different from one another, yet there are clear architectural similarities.

There are six points of passage through The Ramparts, but only three of them are marked by actual gates. The three are Denmark's Gate (Danmarks Port), the Prince's Gate (Prinsens Port) and the Northern Gate (Nørre Port). The passage in the northeast corner of the Ramparts is called King's Gate (Kongens Port). There used to be a wooden gateway here but today there is no actual gate structure left. The passage in the southwest corner by Sjællandsgade and Prangervej is from 1918 but a gate was never built at the site. The final passage is located along the harbour and the southwest extremity of the Ramparts where railways and Holstensvej lead in and out of the city centre.

The Northern Gate and Denmark's Gate were thus created by the same architect and within just a few years of each other. Clear parallels between the two gates can be detected in the rounded arches as well as the smaller separate pedestrian passageways symmetrically placed on each side of the main gateway. However, the Northern Gate is a closed structure with vaulted ceiling while Denmark's Gate is constructed without a ceiling. Instead the structure consists of two detached walls with pillar arches.