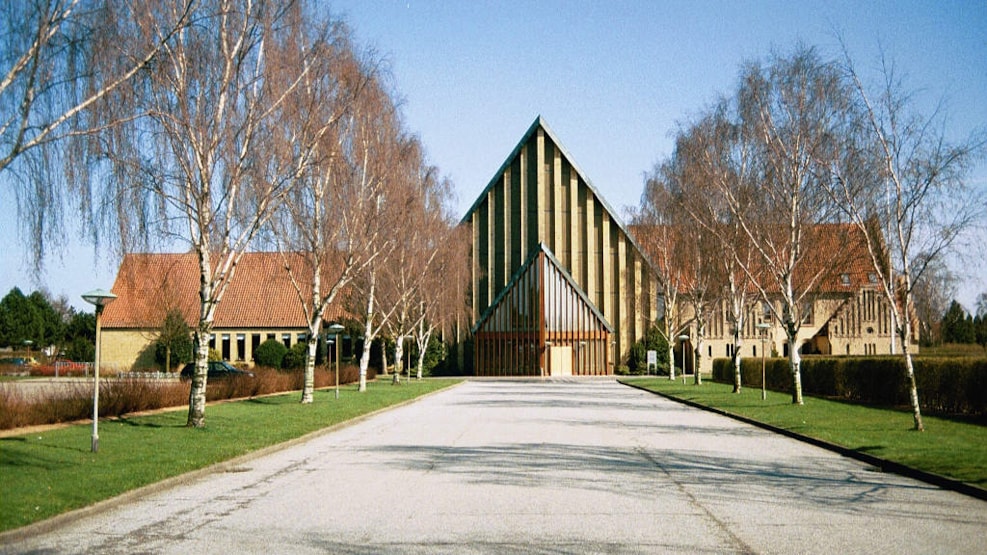 Christian's Church was originally built as a chapel of rest in 1930, but in 1942 it was converted to a church by the local architect Billund. In 1949 the parish of Christian's Church was split from the parishes of Michaelis and Trinitatis, thus becoming an independent parish. No more than 25 years were to pass before the need for a larger church became apparent. This time another Fredericia architect, Ib Zachariassen designed the conversion. The old church, which faced north-south, with the chancel to the north, now became the southern nave, and the parish hall, Christianshus, became the northern nave. The extension, consecrated in 1972, was a great success. The church appears as one construction, yet leaving no doubt that there is an older and a newer part.