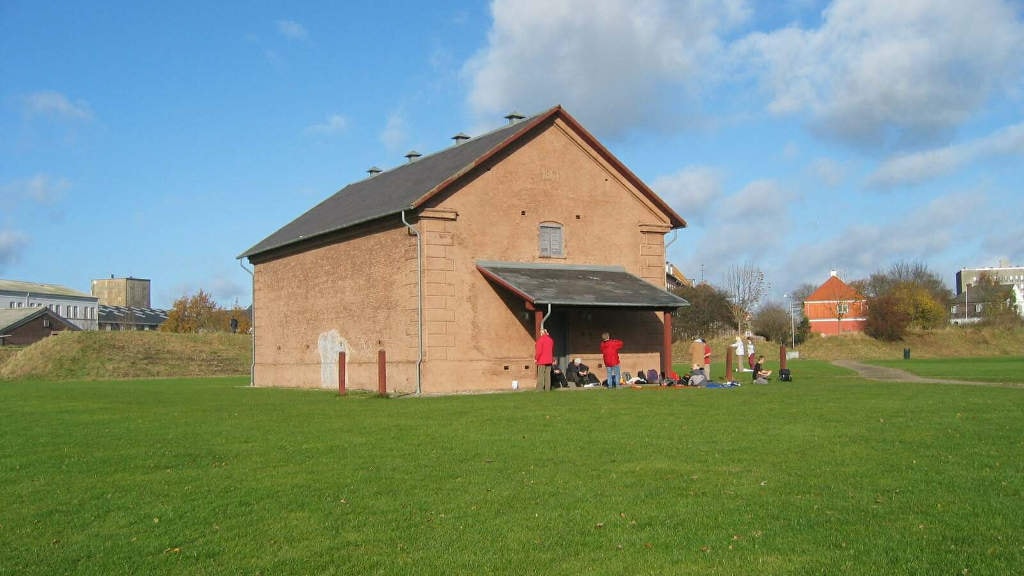 The Citadel and the Powder Magazine

The citadel is a green oasis on the ramparts of Fredericia. A citadel is a fortress in a fortress. A place where the defenders could retreat to make a last defensive stand.

The cannons at the Citadel had in fact the same function as those at Kronborg, which was to make ships pay the Strømtold, duty for passing through. This was levied in the same period as the Øresundstold at Kronborg. The Citadel is also occasionally the setting of outdoor concerts and other events. The area can hold up to 6000 people.

The only building still preserved until today is the powder magazine from 1857. This building, together with the preserved powder tower north of the citadel, housed the fort's supplies of powder. The gunpowder magazine was restored in 1998 and is now used to house exhibitions.

In the north part an open-air theatre has been set up.