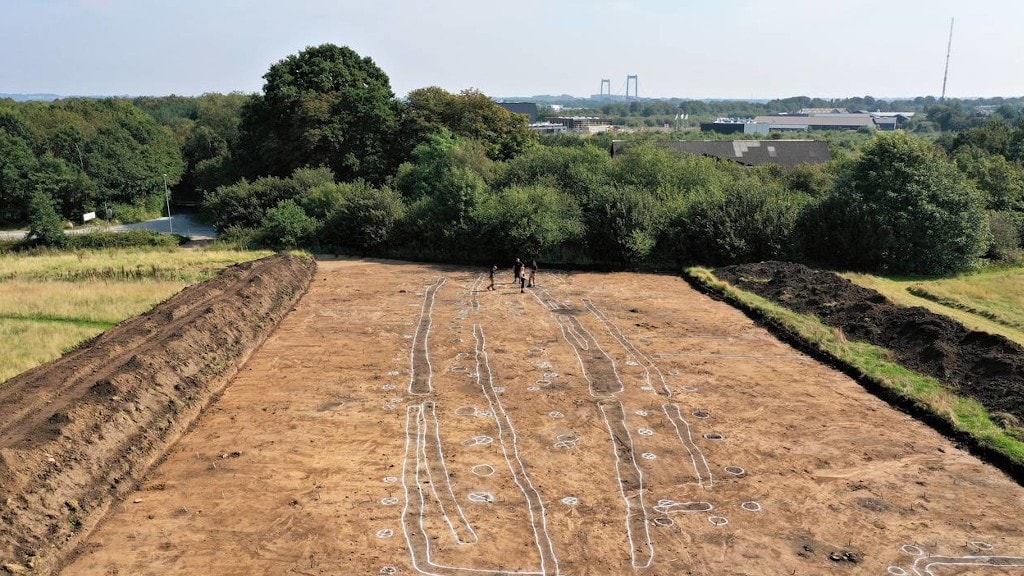 In Erritsø by Fredericia remains of a large viking stronghold have been excavated. Preliminary findings show that the stronghold can be dated as far back as the early days of the Viking age around year 700-800 - perhaps even earlier than year 700. This makes the viking settlement in Erritsø at least 100-200 years older than the famous stronghold in Jelling. The findings in Erritsø are very recent and the excavation is still ongoing. Therefore it is NOT possible to visit the site.

The discovery of this enormous viking hall in Erritsø offers new knowledge on the royal power before the times of Gorm Den Gamle (Gorm the Old) and Harald Blåtand (Harald Bluetooth).

The excavation shows that the settlement in Erritsø is both larger and older than the one in Jelling, which is known as the home of Denmark's first king, Gorm the Old.

So far, the excavation in Erritsø has revealed the remains of two large halls with lengths of over 50 metres plus a number of smaller buildings. The site also contains traces of a giant moat measuring 110 x110 metres.
Archaeologists presume, that the viking stronghold in Erritsø has been a centre of power for many generations.