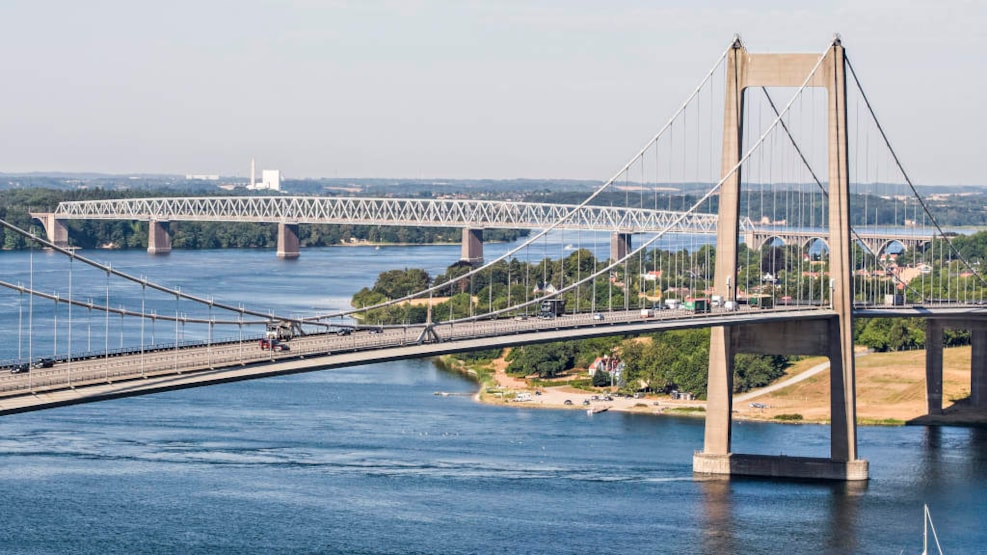 In fact, the beautiful suspension bridge over the Little Belt, designed by architects, is not so new anymore. Because on October 21, 2020, the bridge became 50 years old.

Its origin did cost several human lives, it became more than twice as expensive as expected - but it marked the beginning of new times and created countless stories.

The history of construction

The bridge has six lanes, is 1700 meters long and the passage height under the bridge is 42 meters. It was built as a suspension bridge, so that the number of bridge piers in the Little Belt could be reduced to two. The construction of the bridge did cost 265 million Danish kroner. This is equivalent to about 2 billion Danish kroner today.

In the post-war years, there was a sharp increase in car traffic, with which the Old Bridge over the Little Belt could not keep up. From a political point of view, they wanted to create better mobility and economic growth throughout Denmark, and therefore the state initiated an extensive construction of motorways and bridges throughout the country. The first step was the connection of Funen and Jutland, which enabled the further construction of motorways through Jutland. This paved the way for the later connection across the Great Belt and thus a coherent motorway network in Denmark.

The architect of the New Little Belt Bridge, Orla Mølgaard-Nielsen, was trained at the Art Academy in Copenhagen in the Department of Furniture Art and Space Equipment. In collaboration with his partner Peter Hvidt, he has carried out work in furniture and interior construction, buildings and consultancy assignments on large bridge facilities, including the New Small Belt Bridge.

The New Small Belt Bridge marked a significant development step in modern suspension bridge design and contained several new innovative solutions. Some of them set new standards for later bridge construction, both in Denmark and internationally.